As the Electronic Dance Music Scene ascends from its underground habitat, producers are working harder than ever to acquire mainstream music’s official stamp of validity—an album. Beginning with original tracks, mixtapes, mashups, and bootlegs, electronic dance music’s progression has recently created a demand for full-album releases. This year, we are expecting several massive albums from some of our favorite producers; even a few epic deliveries from producers still earning plays in our music libraries. None of which include the outrageously-horrendous, debatably-copyright infringing compilation, released in India earlier in March: Now That’s What I Call EDM.  Here are several albums to anticipate as we progress into June, in addition to a few chart-topping albums already released this year. 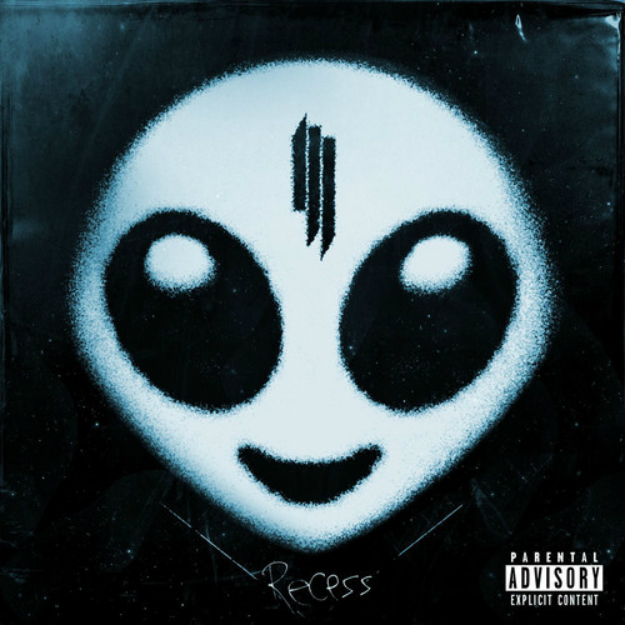 Released this past March, Skrillex’s newest album—Recess—remains as one of the best-selling, full-length albums of the year. Preserving his hardstyle persona, Sonny Moore brought attention to his album through careful consideration of his audience. Appreciating his dedicated listeners, Moore embedded his 11-track album within an app (Alien Ride), developed by the Grammy-winning producer, himself. Arguably responsible for electronic music’s above-ground success, Skrillex has illustrated his artistry through both production, and performance. Purchasing an abandoned warehouse in his Los Angeles hometown earlier this year, Moore has devoted 2014 in advancement of his collaborated performances—juxtaposing his music with imaginative visual-artistry. Moore’s newest innovations were experienced in his two-weekend sets of Coachella Music and Art Festival, and featured an elaborately fabricated spaceship, atop which Skrillex masterfully mixed his one-hour sets.

Astralwerks, a sub-label of Universal Music Group, will canopy releases from both Deadmau5 and Porter Robinson, this year. With Deadmau5’s unannounced release-date of his 25-track album, Porter Robinson is illustrating what we expected from the producer who had a relatively-silent conclusion of 2013. As Joel Zimmerman continues to publicly condemn the mainstreaming of electronic music, corroborated by his public disgust of the above EDM Compilation, Astralwerks has expended immense effort in Porter Robinson’s Worlds release, newly-announced for August 12th. The 21-year-old producer has released two tracks from his upcoming album (Sea of Voices and Sad Machine), and announced his album-entitled tour starting August 28th in Vancouver, BC.

Although receiving negative criticism of its release, Afrojack’s first album, Forget The World, was perceivably over-hyped by the Top-10 Headliner. Perhaps, exemplifying the criticisms broadcasted by Deadmau5, Porter Robinson, and Kaskade, Nick van de Wall’s debut album is rife with mainstream ingredients that will be sure to top radio charts around the world. Appreciating both sides of the mainstream argument, Forget The World offers little variation between tracks. Each track resembles one another, either through a recurring kick, pop-synths, or incessant, overly- positive lyrical features. While he was able to work with artists such as: Sting, Snoop, and Wiz, Afrojack failed to provide an eclectic album that entices listeners to attach themselves with the collection. This is not intended to detract from Afrojack as an artist, as he remains an incredible producer of dance music. Van de Wall will likely learn from his errors, and impress us once more with his second album.

Merely weeks away from Tiësto’s release of his newest album—A Town Called Paradise—the Dutch Producer never ceases to amaze. Releasing “Red Lights,” positioned as the first track of the album, this will be the sixth studio collection created by the prolific producer. Most recently, he has released two additional tracks from the album (“Wasted” and “Let’s Go”), with the full-album release scheduled for June 16th. Few words can be said that are not already known about the Grammy-nominated electronic dance music producer; whether we are commending his original productions, or his epic remixes, Tiësto’s discography extends longer than my years alive. His record label, Musical Freedom, premiered productions from talented artists such as: Martin Garrix, 3LAU, Sunnery James & Ryan Marciano, Oliver Heldens, Danny Avila, and others. Reaching 45-years-of-age, Tiësto shows not-even-the-slightest intention of slowing down.

Appearing opposite Tiësto on the age spectrum for electronic dance music producers, 19-year-old, French DJ/producer—Madeon—will be a name to look for in 2014. If you have been privileged to follow the amazingly-talented producer already, there is no doubt you have listened to many of his incredible tracks: “For You,” “Icarus,” “Finale,” “The City,” “Technicolor,” and “Cut The Kid;” not forgetting his collaborations with Ellie Goulding, Lady Gaga, and Coldplay. His production skills were displayed in his invited-sets from 2012’s Ultra, Lollapalooza, Coachella, and Electric Daisy festivals. Although there has yet to be an announced full-length album in 2014, the French producer has been known to keep things quiet before unleashing massive electro-house bangers to the public.

As full-length albums become increasingly necessary in the ranking legitimacy of electronic music producers, we will soon be seeing contributions from Dillon Francis, Steve Aoki, Eric Prydz, Bassnectar, Steve Angello, and of course—the scapegoat in Saturday Night Lives’ newest EDM parody, satirizing the over-glorification of the electronic music DJs/producers—Avicii. The 2-minute clip was supposedly imagined by former cast-member, Andy Samberg, and was vaulted until the humor would reach peak-effect. Admittedly, it was funny; as I was also relieved the skit did not validate inaccuracies of a prominent drug culture within The Scene.