New to the world of Poi? Check this week's blog out for a history of Poi, coming soon to Rave-Nation!

A Quick and Dirty History of Poi Dancing

“What is that?” I motioned and coyly asked a guy at my first rave. “That guy’s doing Poi,” he replied.  Mesmerized by the bright pink, orange and yellow LED lights, I began investigating this spectacular form of light show. Having never seen anyone perform poi before, I had no idea what I was getting into. Upon moderate amounts of searching, I found that Poi is of those rare types of art that move from use in ancient cultures into modern performing art, and can be found in a variety of places around the world.  Poi originated in Maori culture (New Zealand), and was used in the past by members of their culture to strengthen hand flexibility for women that wove baskets, and used by men to up their coordination and balance for battle. Some stories tell of a giant race of birds whose eggs were so large they had to be carried in poi and swung in order to move them form one place to another. After all the birds went extinct, the Maori people just...wanted to keep dancing.  At least, that’s what people say about the legend and history behind Poi. I personally prefer the bird story.

Some big differences between this cultural event and today’s rave poi dancers are the lights, music, dancing involved, and the materials with which the poi itself is constructed.  Maori culture often times includes not only swinging the poi in geometric patterns, but many dancers also play elaborate music and sing and dance at the same time. 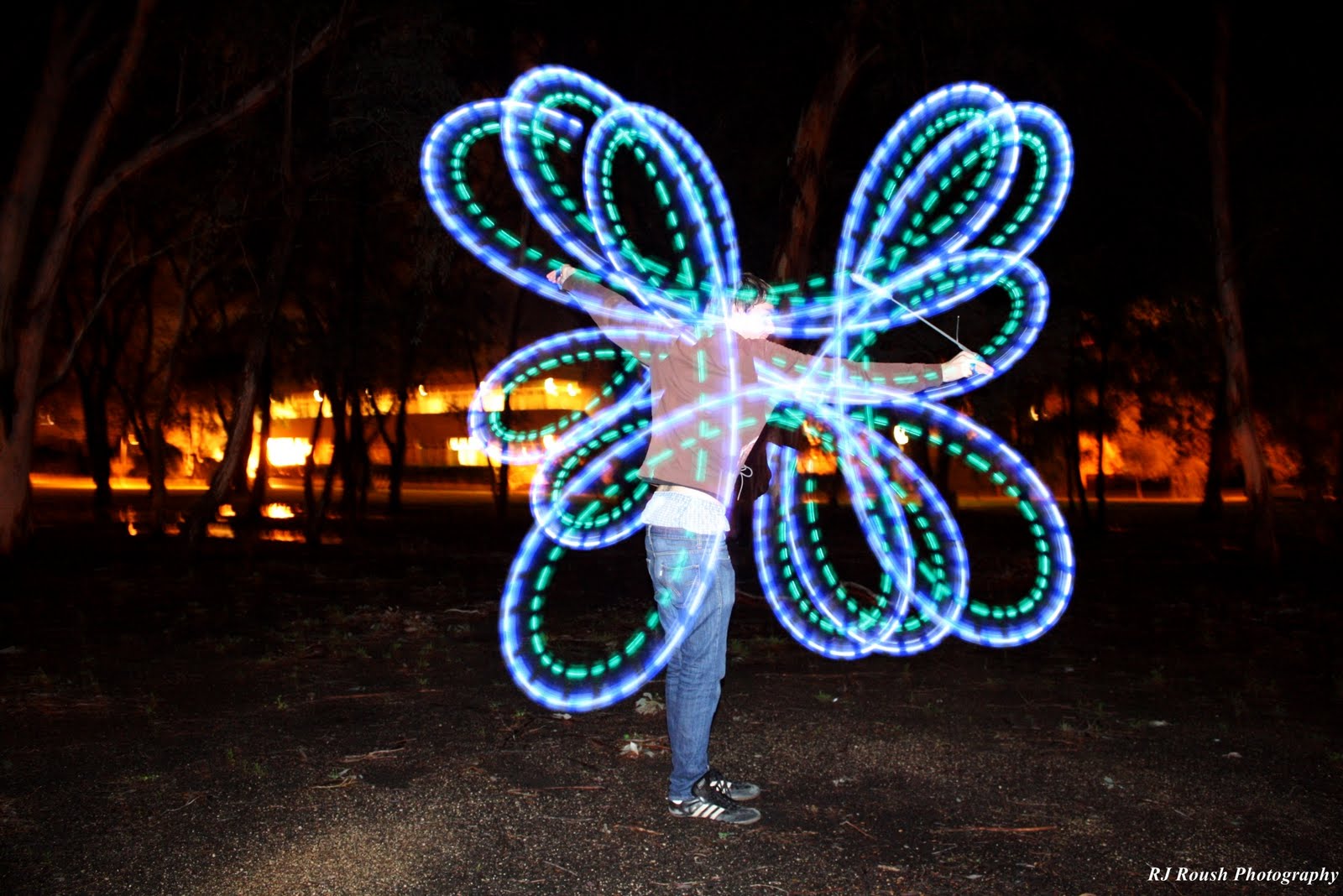 Originally, Poi balls were made of a type of flax that was woven into cords and molded around a piece of pitch to create the ball at the end.  These types of handmade poi aren’t very durable and oftentimes fall apart after even moderate use; however, today there are poi shops all over the internet that sell more durable, modern versions of poi.  There’s regular poi, fire poi, glow poi, and practice poi that are available for relatively decent prices. Often times, you can create your own practice poi by placing bean bags in the toes of long socks.  There are instructional dvds, and youtube videos galore online, and the poi community highly encourages self-teaching.