Check out the newest additions to Rave-Nation! Find out who made the list of "Most Important People in EDM." See what's Trending today!

Pioneers Who Electrified The Future

Rolling Stone Magazine released their 50 “Most Important People" in the Electronic Dance Music enterprise this week. For many appreciators of music, this list fell abundantly short. Their top 50 included mostly promoters of ‘The Scene’, while leaving out many influential producers and DJs that have also revolutionized our culture. What happened to Tim Bergling (Avicii)? Or Jono, Tony, and Paavo (Above & Beyond)? Or DJ Mags’ popularity contest winner Robbert van de Corput (Hardwell)? Their list began with Boiler Room exec—Blaise Bellville—and his resident East-London DJ—Tristian Richards (AKA: bPm). Their hipster-esque, members-only shows that began in the 90s ensured their honorable mention at number 50.

I was happy to see Steve Aoki on the list (#45). Producing House Music in the late 1990s, Aoki made a name for himself through his persistent artistic talent. He personifies the constant changes in the world of EDM; whether it was his transition from L.A. House to a more Progressive House, or his Dim Mak art/production label that he started in 1996. Of course, we cannot forget his cake-throwing, crowd-surfing, all-out party he brings to every performance. Aoki is currently on tour with scheduled performances in Texas, North Carolina, and New Jersey; before his Dim Mak Party in Miami for Miami Music Week. Although he is not in the lineup for Ultra Miami, his supremacy is far beyond record-holding status.

Five spots in front of Aoki, was Wall Recordings founder Afrojack (Nick van de Wall). The 26 year-old producer/DJ from the Netherlands has yet to be creatively stifled from the ever-changing genre of EDM. With hits such as: “Take Over Control;” “No Beef” (Collaborated with the above-mentioned Aoki); and his new release “Ten Feet Tall,” which aired nationally on Superbowl Sunday. Afrojack has bridged a gap that had been divided for many years—between EDM and mainstream Pop. We don’t often hear bangers from Beatport’s top ten on our radios, but Afrojack has given us EDM-lovers something radio-accepted to listen to when our SoundClouds are down. Just returning from a two day festival in Tel-Aviv, you can now see Afrojack in Las Vegas, Los Angeles, and finishing March at Ultra Music Festival in Miami.

Another pioneer bridging the gap between EDM and Pop is a record label that features incredible artists such as: Calvin Harris, Deadmau5, Nero, and a personal favorite—R3hab. Three Six Zero Group was founded by an entertainment duo—Mark Gillespie and Dean Wilson, in 2007, and is headquartered in London, England. They landed number 27 on the list of, “Most Important People in EDM,” more than ten spots ahead of the legendary Carl Cox. 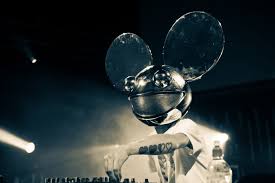 There was no doubt that we would see Deadmau5 somewhere on this list. His brutal honesty over social media, legendary Mau5head, and his incredible talent in the studio and behind the decks, has placed Joel Zimmerman at number 24. Zimmerman proved his notoriety after publicly condemning certain venues’ excessive ticket prices, “@newcitygas nice ticket prices... didnt i do a full production / cube show in MTL for 50$ once? Yeah. Thanks for throwing me under the bus” (Twitter). He eclipsed his statement by putting on shows for free around the country; condemning the big-name venues with exorbitantly high ticket prices. After joining Astralwerks, the label that houses The Chemical Brothers, Porter Robinson, and the previously congealed Swedish House Mafia, Deadmau5’s newest release is expected to be of epic proportions. He has promised us a two-disk, 25 track, mix that break the barriers of genre in Electronic Dance Music. It is rumored for a “March-ish” (Edmonton Journal) release, according to Mau5. The Mau5head can be seen in Miami for Miami Music Week; he will be alongside Eric--The Progressive Prince--Prydz.

Rounding off the top 20 in the list of “Most Important in EDM,” is Alexander Ljung, founder of SoundCloud, and Matt Adell, who is the CEO of Beatport. Undoubtedly, these are the two largest mediums for which we keep up-to-date with the newest releases and teasers. While SoundCloud offers artists a medium to sample some of their music for free, Beatport is the centralized hub for everything that is: EDM; all-the-while, giving monetary credit to the artists we appreciate.

Placed closely within the top ten, Armin Van Buuren rests successfully at number 13. Nominated as DJ Magazine’s number one DJ a record five-times (Four of which consecutively: 2007-2010), his Grammy Nomination for “This is What it Feels Like,” and Beatport Music Awards Best Trance Artist, The King of Trance is one of the most decorated producers of EDM. Armin’s weekly radio show—A State of Trance—indulges over 20 million trance-loving listeners from all around the world. The 13-year program has inscribed Van Buuren onto an echelon higher than most producers can imagine. He is even granted an entire stage at nearly every festival around the world, bringing the best trance artists together for an epic performance. Armin Van Burren will be performing on the Main Stage of Ultra Music Festival in Miami, with a more-than-honorable encore performance under his psudonym--Gaia, on his very own A State of Trance Stage.

Winning six Grammy Awards in 2012-2013, I have been waiting for Rolling Stone to assure me of Skrillex’s (Sonny Moore) unprecedented influence on the EDM evolution. Growing up playing guitar, Skrillex transitioned from punk rock to the electronic genre in 2008, releasing seven tracks under the Gypsyhook EP. His genre-defining hardstyle and dubstep productions equally match his unique half-shaved head; all of which contribute toward an incredible artist. He is also credited with the evolution of a post-dubstep genre of EDM called—Brostep. [wub wub] Skrillex has made waves in recent news with his hidden tracks embedded in his new App, Alien Ride. He released 11 stream-able songs that were formally released on March 18, under the LP—Recess. Rest assured, although Skrillex is not scheduled to perform at Ultra this year, he will be in Miami during Miami Music Week to ensure our head-bobbing necessities are satisfied.

With all of this talk about Ultra Music Festival, it is only logical that founder, Russell Faibisch, receive due credit for his persistence of its international success. With attendance rising by the hundreds-of-thousands since 1999, last year’s Miami festival attracted more than 330,000 people over a raging two-weekends, earning his spot at number 6 on the list (2014 will return to the one weekend format). It is the ultimate three-day festival, unveiling many of the new tracks expected to be released later in the year. Faibisch has given us the ultimate foreground to Electronic Dance Music’s newest and greatest musicians of our generation. Building a larger international presence, Ultra Music Festival debuted in South Africa this past year. The success and persistence of Faibisch has, and will continue to, bring us the best-of-the-best in a single weekend. 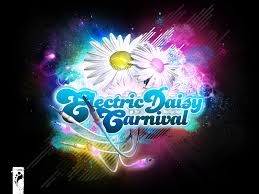 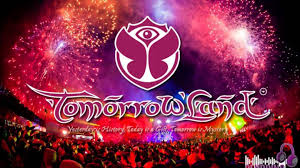 Competing for spots 2 and 3, Pasquale Rotella, Founder of Insomniac Events, nearly edges in front of SFX Entertainment founder—Robert Sillerman. Pasquale Rotella made a name for his promotion company with the success of Electric Daisy Carnival, a festival that has been held in destinations such as: California, Florida, New York, Las Vegas, and new to 2014—Mexico. Rotella’s EDC Las Vegas was considered to be the largest Electronic Music Festival in 2013. In direct competition with Rotella, is Robert Sillerman of SFX Entertainment. Competing with EDC, Sillerman is responsible for festivals such as Electric Zoo, Stereosonic, and the international spectacle—Tomorrowland. Held in Boom, Belgium, Tomorrowland has attracted hundred-of-thousands of people from all around the world. Due to the high costs for Americans to travel abroad, Sillerman initiated TomorrowWorld, in Chattahoochee Hills, Georgia. The second year of this incredibly successful festival will take place at the end of September.

Concluding Rolling Stone’s list of the “Most Important People in EDM,” Live Nation’s President of Electronic Music—James Barton—takes the helm at number one. His 20+ year experience in the world of electronic music has enabled Live Nation to merge with the multi-billion dollar Ticketmaster, creating one immense entertainment conglomerate.

Perhaps we didn’t see the likes of Tiesto, Avicii, David Guetta, or Above & Beyond, on Rolling Stone’s list, but we don’t need a list to affirm our inspirations. Find an artist that inspires you. Go out and create, and don’t allow the conceptions of genre to obstruct the findings of new music.

“The dreams we had. The love we shared. This is what we’re waiting for.”

Check in next week for more Trending at Rave-Nation!