Writing as just one of 50,000 ravers privileged to experience this years’ Electric Daisy Carnival in New Jersey, there is little to add that has yet been published about its entertaining prowess. There are numerous articles detailing the incredible sets, lack of overdoses, concrete festival grounds concealed by garbage, and many other overlapping themes; what is lacking in post-festival publications following this Memorial Day Weekend—magnification of Saturday’s rain storm.

If you and I are similar, you likely disregarded all meteorological percentages of rain predicted for Saturday; and (if there were an EDM god), wondered how he could allow thunderous clouds to require a rain-delay for Electric Daisy Carnival New (Jersey) York. Midway through Cash Cash’s 4:30 set on the circuitGROUNDS Stage, iPhones buzzed in alert of imminent flash floods within the East Rutherford vicinity. Harrowing bolts of lightning and crackling thunder compelled 50,000 festival-goers to pack into the Bud Light Platinum Lounge (and the remaining floors of MetLife Stadium)—initially secluded for exclusive VIPs. The first droplets encouraged us to keep-on-keepin’-on, but we didn’t have to wait for a “Seek Refuge” PSA after the bolts of lightning and thunderous claps of anti-rage precipitation. As ravers crammed and shoved for their fragment of shelter, the enviable VIP Platinum Lounge (alongside MetLife Stadium seating) transformed into a cold, drenched roof of free beer, temporarily-empty views of the cosmicMEADOW Stage, and $20 ponchos.

Vertically drifting in the shivering mass of bro tanks and daisy-bikinis, I couldn’t help but pause as screams of “Get out of the way,” rifled through the uncharacteristically-combative traffic. Several groups of three hurdled past us, one on each side, supporting a nearly-fainted raver. Severely outnumbered, these lifesavers were the counteracting force to the hundreds of soaked ravers thrusting in the opposite direction. Sure, there is the proverb about being patient and how you shall receive all good things, but (as devil’s-advocate) they may not have been severely-underdressed in a thunderstorm. More idealistically, it seemed as if—for a moment—a majority of ravers chose to elude responsibility for one another, in pursuit of an oversized, makeshift umbrella. Time, from my perspective, stilled as they forced their way through the pack. I was assisted with several others beside me in clearing a passable path for the group, forcing its continuation toward the safety of technicians behind the cluster.

Once our huddled mass of ravers reached the inside of the Stadium, we were immediately ushered upstairs; I, like many others, turned in wonder as to why that carried on as long as it did. Supposing once more we are alike, one of our first objectives was likely—reuniting our displaced crew. Our frozen-fingered, text-driven confusions about floor meeting points were interrupted by echoing chants of “EDC!” Agonizing shivers turned into hair-raising inspiration to keep raging through the cold; if there were ever a more inspiring/optimistic group of festival-goers, this EDCNY group may succeed them all. When the reverberating chants returned to chattering teeth, it didn’t take long for word to spread of working taps behind the concession counters on every floor. Freezing ravers immediately grabbed their bottles, full or coincidentally-beer-less, and hit the taps until only foam remained. Subsequently, a Columbus of our time, discovered garbage bags behind the counters, insulating however-much heat remained in our bodies. When the concession-kegs were tapped, and many were already accessorized in 12-gallon garbage bags, Insomniac representatives encircled the Stadium selling necessary, plastic ponchos at $20 apiece. Quivering hands sorted through soggy bills to afford the over-priced, pre-fabricated head/arm holed ‘garbage bags.’ While the downpour continued, Gina Turner (wife of Laidback Luke, and incredible DJ in her own right), threw down a two-and-a-half-hour House-set for the subdued ragers of the Platinum Lounge. Suspended roughly an hour, Electric Daisy Carnival at MetLife Stadium slowly reopened its four stages to keep us turning up. Before kineticFIELD reopened for Blasterjaxx and Cedric Gervais, ravers flooded the cosmicMEADOW (inside MetLife Stadium), and Carl Cox’s neonGARDEN Stages for: funk-masters—Oliver, and techno-pioneer—John Digweed. Perhaps, one of the greatest highlights brought about by the rain-delay, was the overhead view of Oliver’s set on the cosmicMEADOW Stage. It was as if we had our own VIP section on the third floor of the Stadium.

There is no doubt that everyone’s Electric Daisy Carnival New (Jersey) York experience was unique; whether it involved: gambling on the festival dogs, waiting in the line for the rides, or Tiësto over Steve Angello, the rain-delay spotlighted three stages appreciating a new-house-sound, slowly shuffling its way across the Atlantic. It brought much-needed attention to brilliant techno/house-producers, such as: Alex Metric, Art Department, 2manyDjs, and Claude VonStroke, who— if not for the supercharged clouds— may have otherwise been concealed by Dance Music’s popular headliners, featured on the circuitGROUNDS and kineticFIELD Stages. In my EDCNY experience, I came back with some incredible memories, selfies, and new DJs/producers to follow on SoundCloud.

Share some of your experiences with us in our comments section! 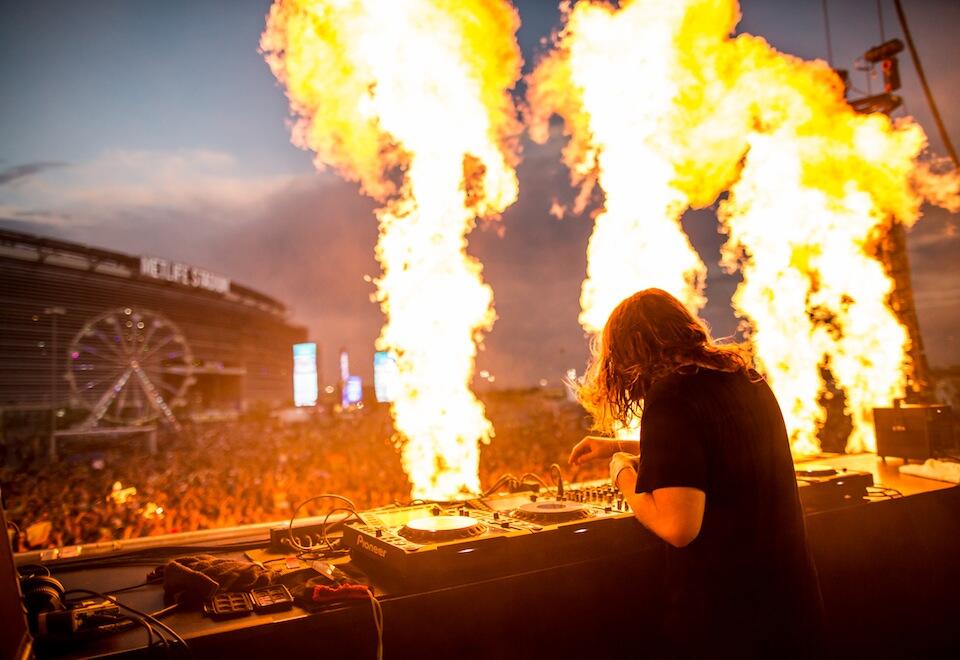